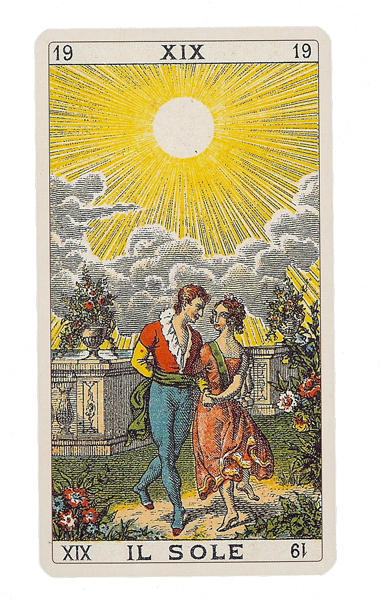 The work of a seemingly unknown, forgotten, or otherwise anonymous artist, this reprint, now dubbed ‘The Ancient Italian Tarot’ by Lo Scarabeo publishing, is a shining example of late 17th-century European Tarot decks. It is believed that this deck dates back to roughly around 1880, and was most likely based on Carlo Della Rocca’s 1835 Deck.

The artwork is clearly inspired by the general framework of the Tarot de Marseille, though never adhering overly strictly to those designs, and with more competent, albeit less simplistic, drawing style.

2.6 x 4.6-inch size cards in a simple tuck box, including a small booklet of divinatory explanations of each card and brief instructions on the history and methods of tarot reading.