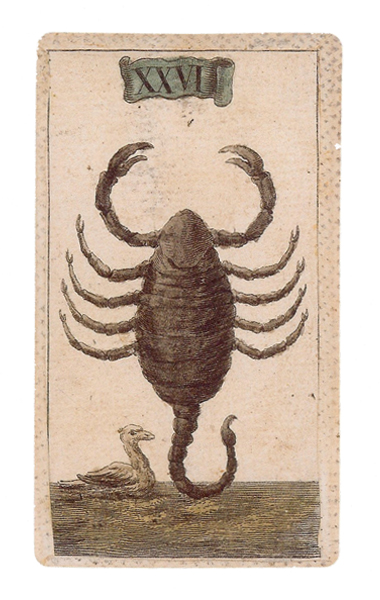 Also known as Antiche Minchiate Fiorentine (Ancient Florentine Minchiate), is a variation on tarot that varies in a few notable ways, but predominantly in the expanded 41 major cards.

There is evidence that Minchiate is nearly as old, if not actually as old or older than Tarot itself with some very rare surviving cards and historical documents referencing Minchiate Decks still remaining from the late 15th century. This deck is specifically a reproduction of 18th century Florentine deck by a now unknown artist.

Includes 32-page booklet containing a brief introduction and history of the Minchiate cards and the divination meanings of each card.