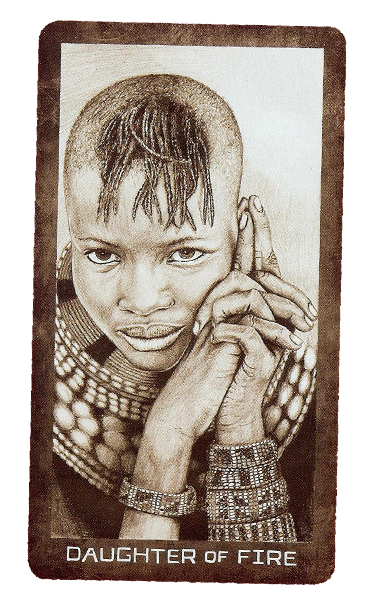 Created by author Eleonore F. Pieper, Ph.D., The New Era Elements Tarot, as its name suggests, recontextualizes the traditional 78 card Tarot deck with modern archetypes and settings that update the traditional cards while as respectfully as possible holding on to the original divinatory meanings associated with them. Though admittedly a big step from a traditionalist deck, the sepia-seeped sketches are impressive, shocking and not afraid to shy away from bleakness in the modern world.

78 card deck that is accompanied by a 116-page guidebook.

Comes in a sturdy lift-top box.